Roscoe, at just 7 months, already had a history of atopic dermatitis. Roscoe was wearing socks and two Elizabethan collars.

Despite this protection, he was completely preoccupied with the need to scratch himself. Even though his hind paws were covered with socks, they were red and inflamed. Many treatments had failed, including multiple antimicrobials, ivermectin, lime dips and a diet trial. 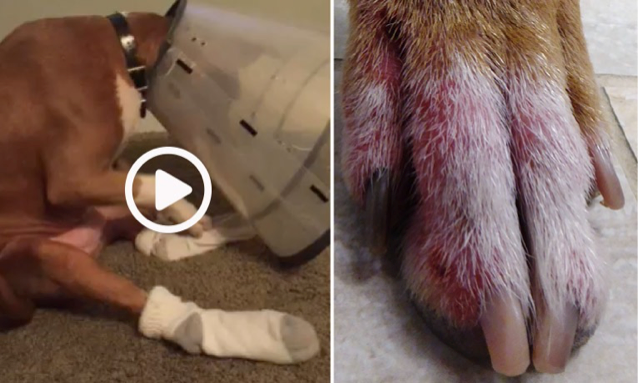 Roscoe’s CYTOPOINT treatments gave him long-lasting relief. CYTOPOINT was administered immediately and Roscoe got a second treatment 34
days after the first injection. Roscoe’s second treatment with CYTOPOINT
lasted nearly 10 weeks. About 5 weeks after the injection, Roscoe
presented for a bath, but he did not need another injection at that point.
At 72 days, he was just beginning to chew his feet again. He no longer required any prescription drugs, E-collars or socks. 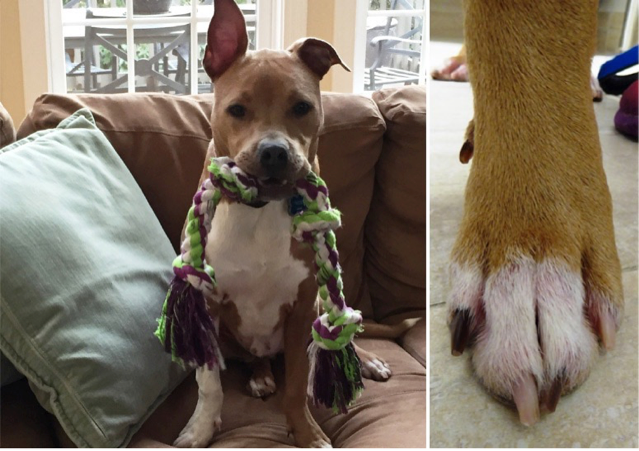