Ben is a registered hearing dog for his recipient Scotty Rogers. During his time working with Scotty he developed allergies that caused hair loss and severe discomfort.

After years of special food diets a series of flea treatments and injections, Ben’s situation did not improve. This was causing both Ben and Scotty a lot of anxiety and stress. Ben’s vet sent a blood sample to the USA to try to get a firm diagnosis. The results were not good news for either of them. The results showed that Ben was allergic to so many things, he was scratching and chewing so much that he was almost bald with sores. He was not a happy dog at all. 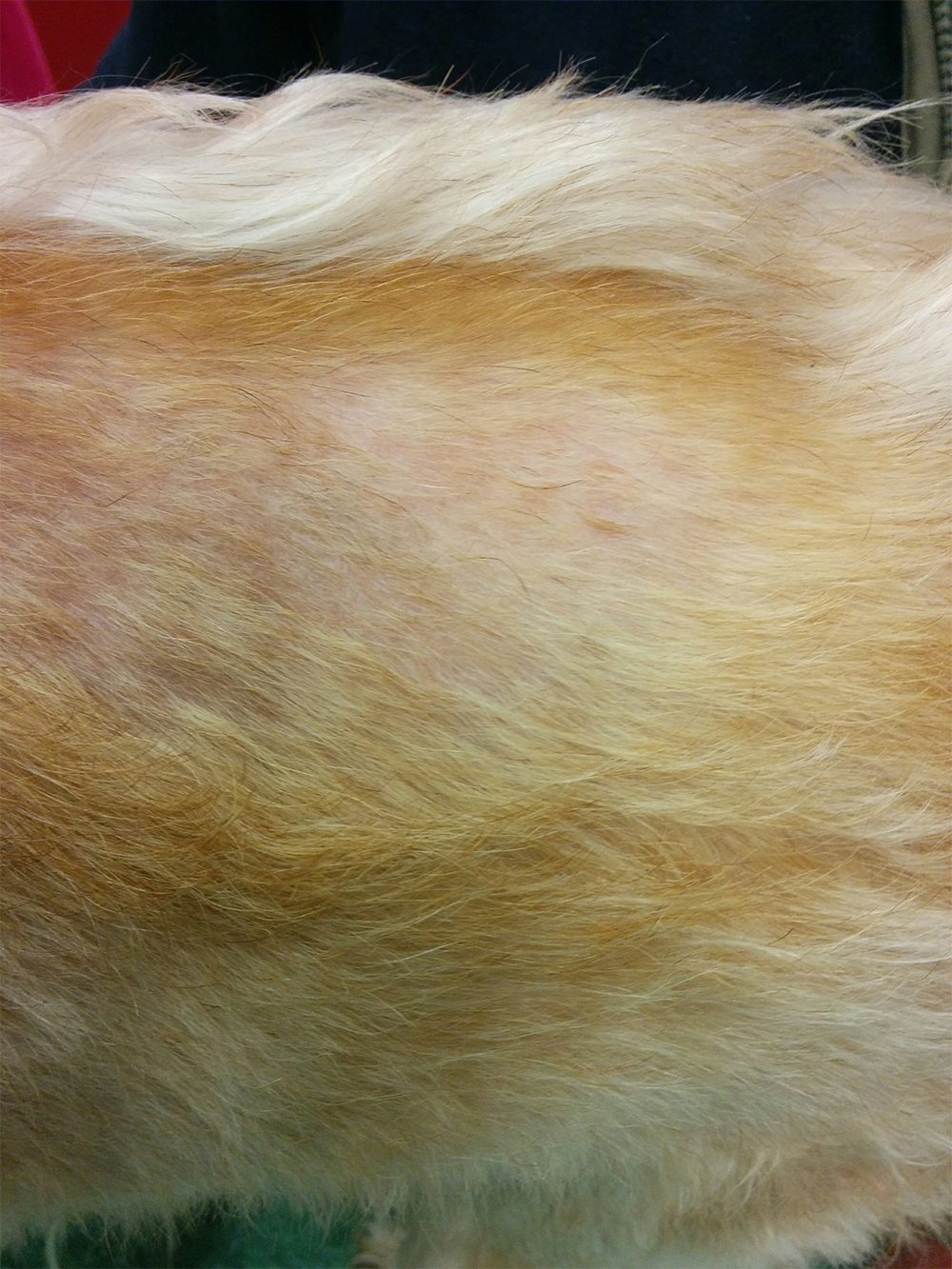 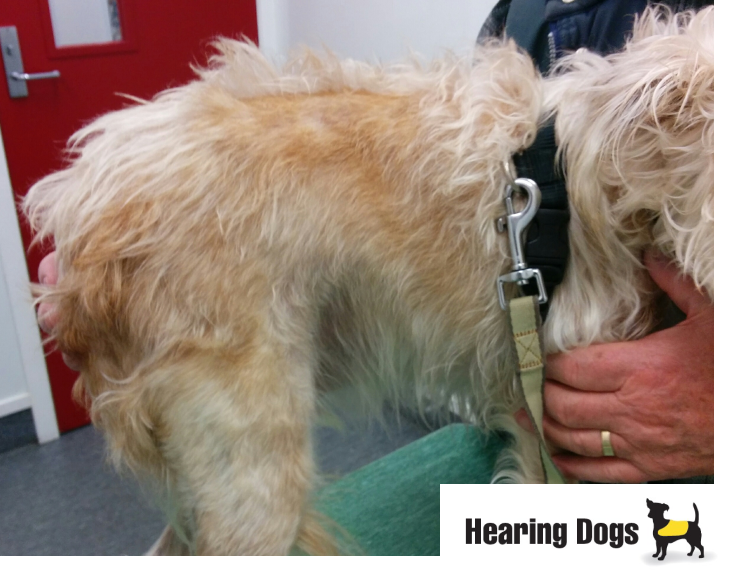 Ben’s vet suggested trying a new treatment called Cytopoint®. Scotty of course was willing to try anything at all at this point as the prognosis was not looking good for his best friend. 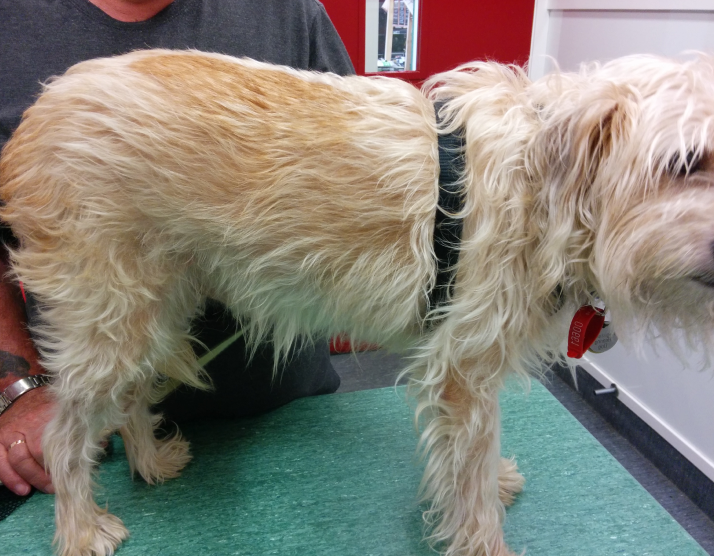 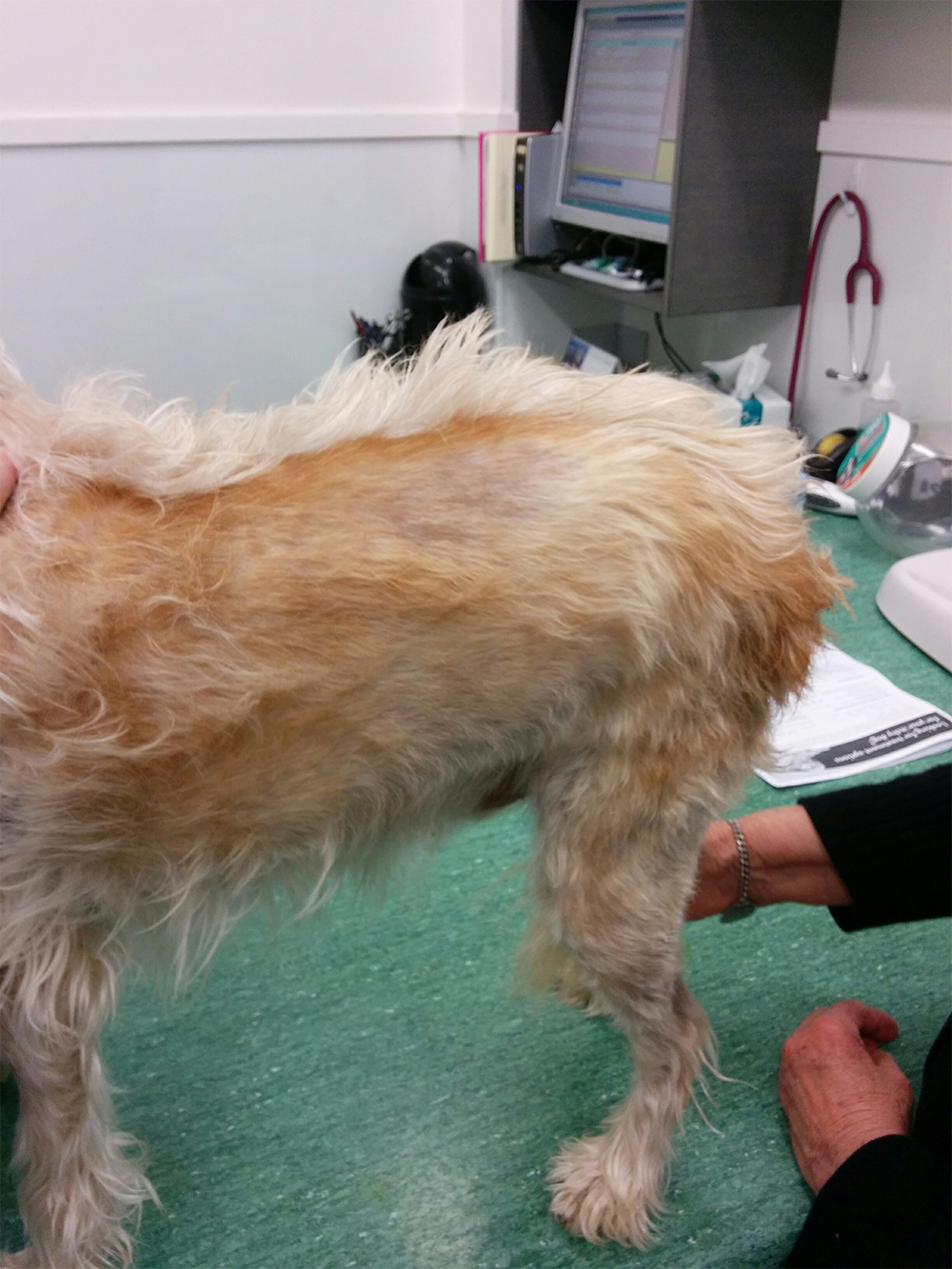 Within the first few weeks of treatment Ben was not scratching or chewing himself and was much more content. Over 3 months that he was receiving Cytopoint injections he became his happy and settled old self and his hair started growing back. For the first time in almost four years he had a full coat.

Scotty has his extremely important companion back and he couldn’t be happier!